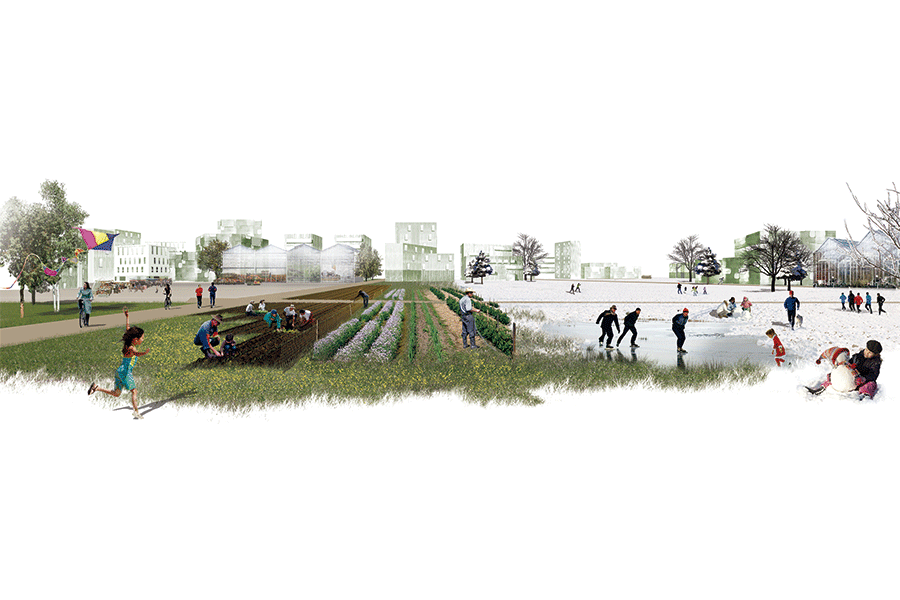 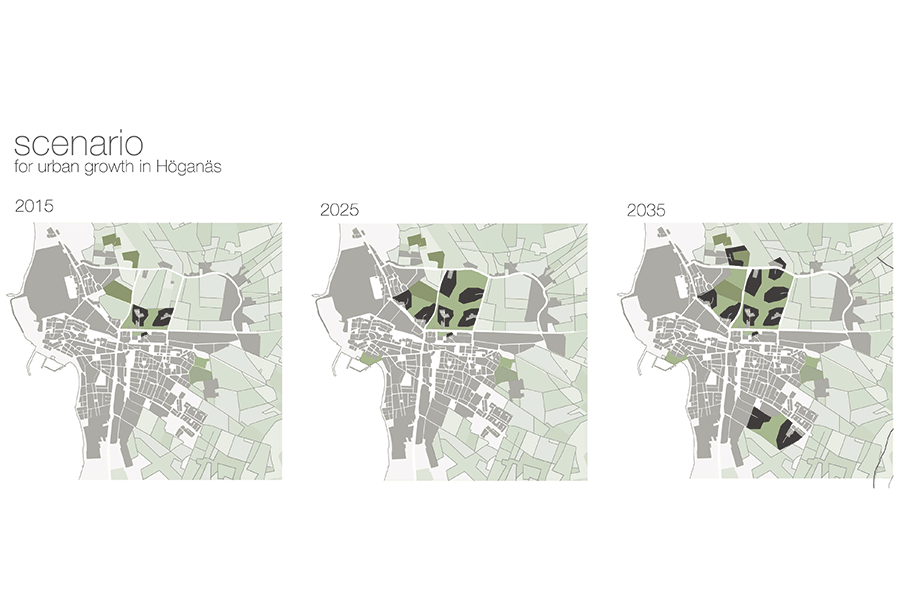 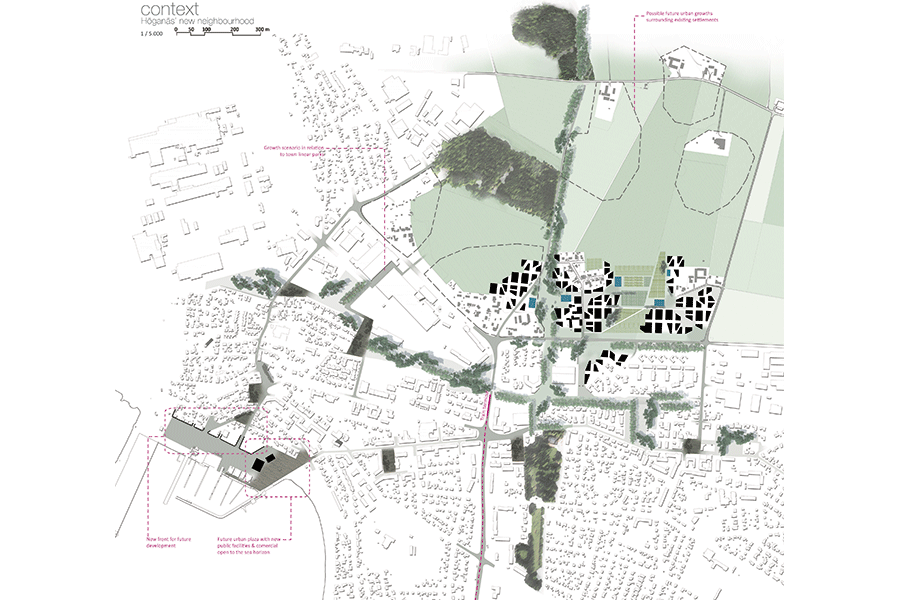 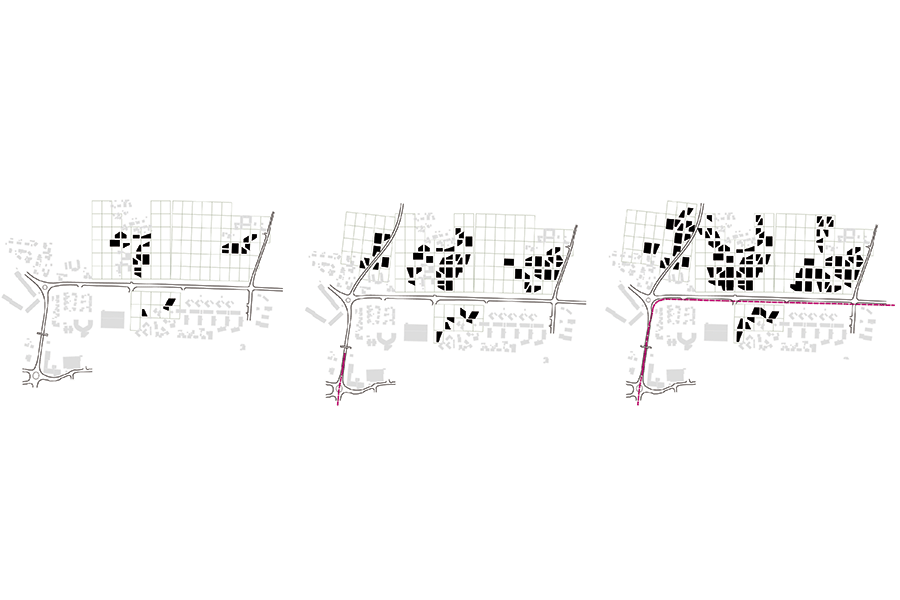 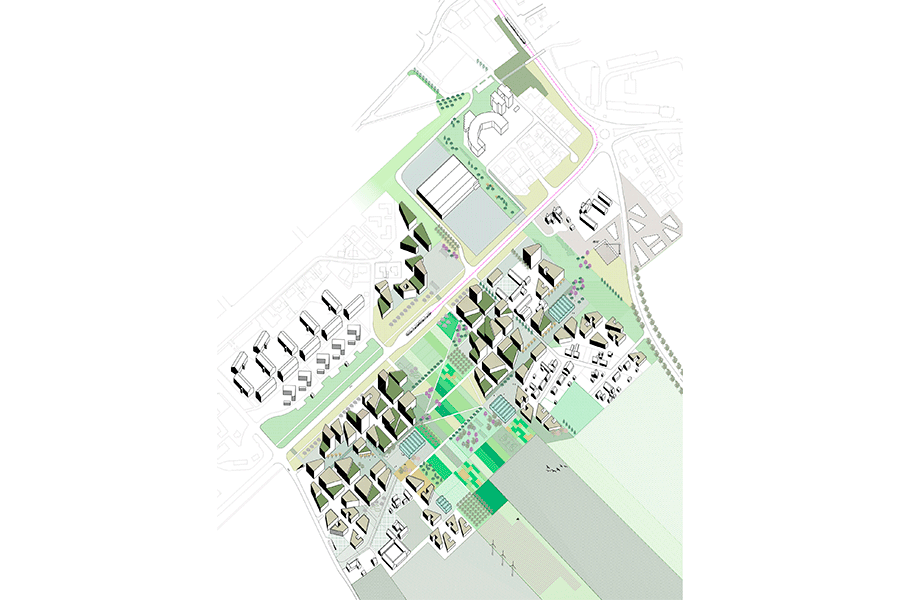 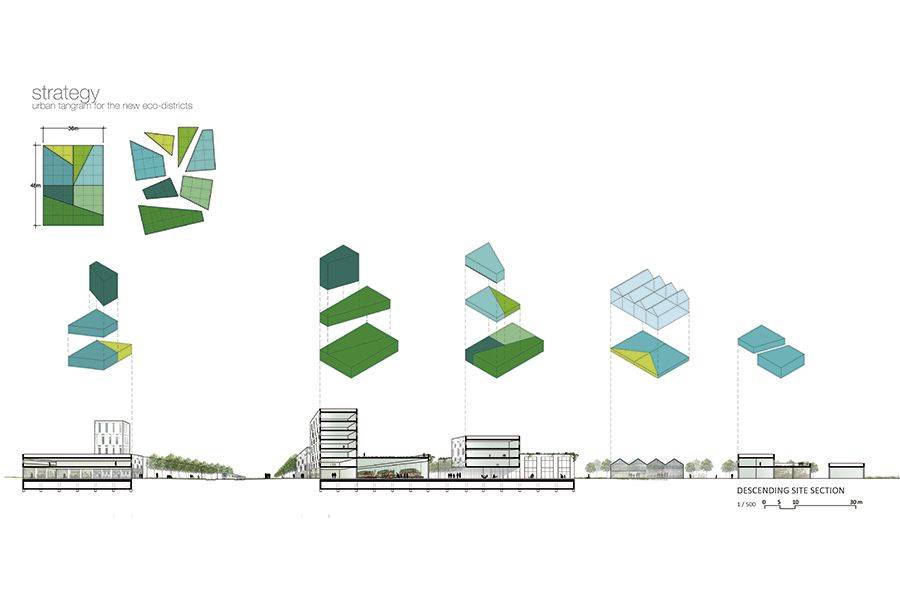 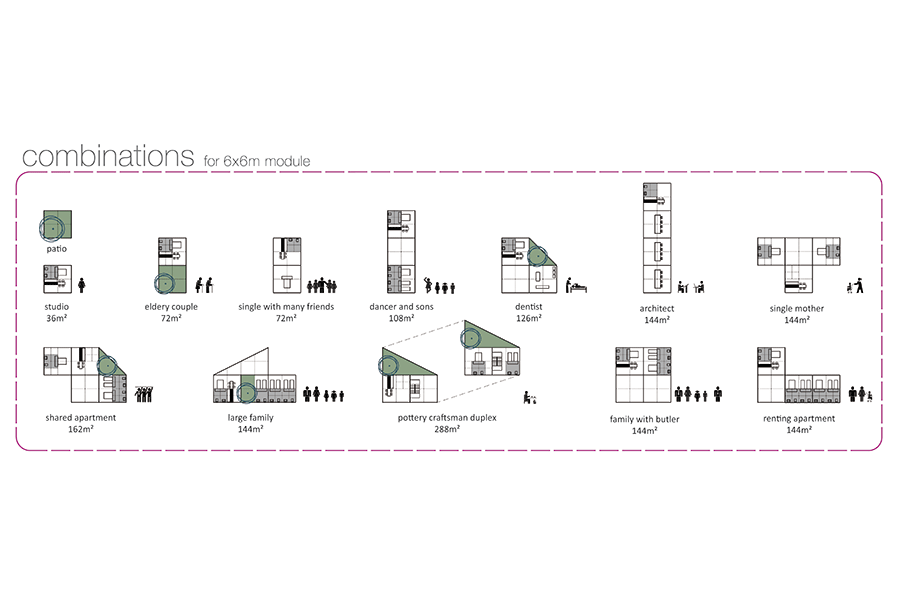 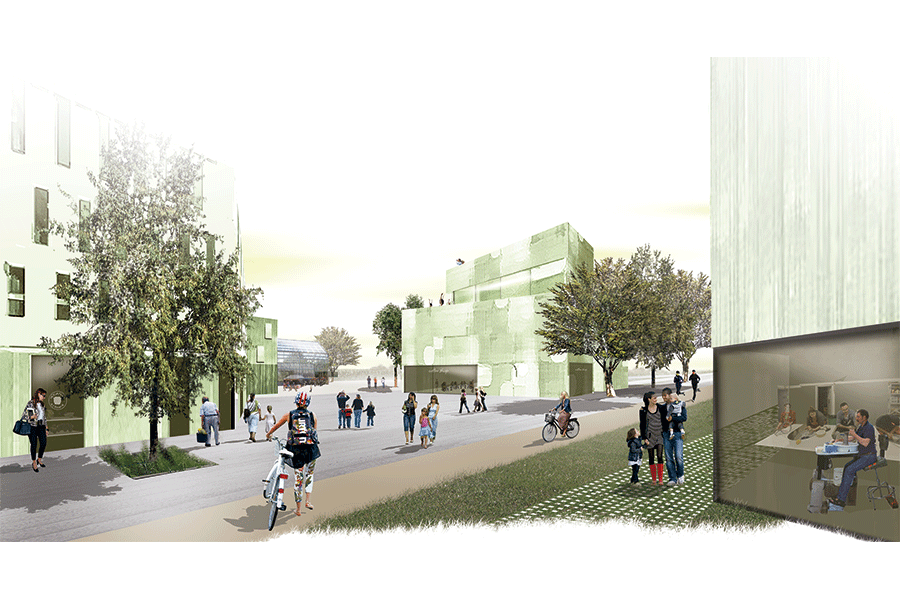 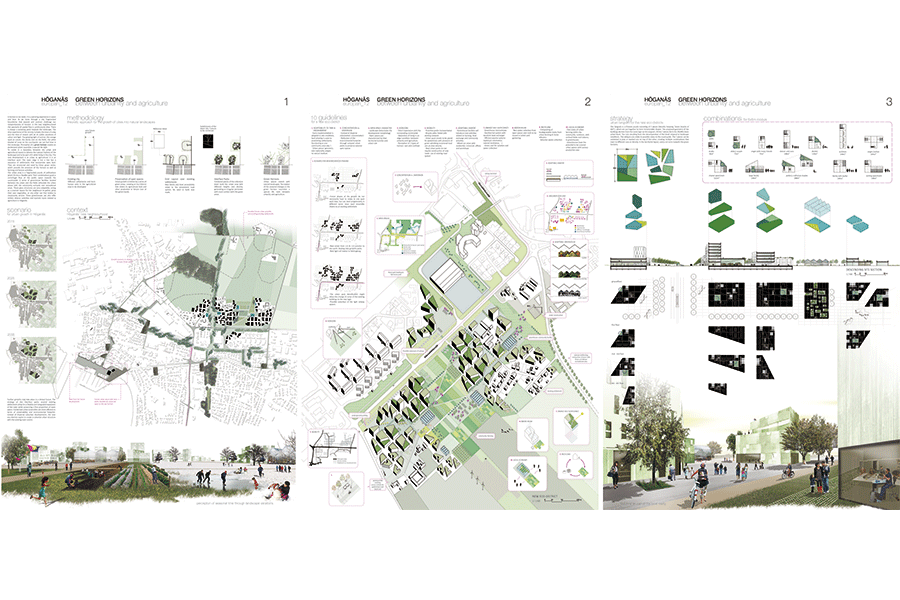 A horizon is not static; it is a spinning experience in space and time. As we move through a city, fragmented boundaries that expand and contract challenge our comprehension of horizon. In the new neighbourhood the spectacle of spatial flow is continuously alive. There is always a vanishing point towards the landscape. To reside in a boundary between the urban and agricultural means to witness the natural rhythms of the landscape and to be part of it while living in the city. New types of urban spaces should coexist with natural landscapes and productive fields. The new development is as urban as agricultural: it is an interface community. The town edge is not a line but a sequence of settlements that incorporate open land. They are prearranged and sized by these green zones, which provide the presence of the horizon as well as farming and leisure activities.

The urban area is a fragmented puzzle of constructions which fit into a 36x48m grid. Their combinations may achieve a high density neighbourhood while granting a centrifugal flow of the public space towards the countryside. A series of greenhouse facilities located in the threshold between the urban and the fields articulate the urban plazas with the community orchards and recreational areas. These glass structures are very adaptable, acting as covered squares for the neighbours to gather, grow their own vegetables, or any other use that relates to community service such as market or restaurants.

Further growth may take place in a distant future. The strategy of the interface communities around existing settlements allow for a flexible and integrated expansion of the town while preserving a fine proportion of open space. Condensed urban ensembles are more efficient in terms of sustainability and environmental footprint. Instead of dispersal suburban developments, the new eco-districts aspire to create a cohesive urban structure with the existing town centre.

The Tangram is a Chinese puzzle consisting of 7 pieces (literally meaning “seven boards of skill”), which are put together to form innumerable shapes. The proposed geometry of the buildings derives from the same logic as the tangram. All the 7 pieces form the 36x48m basic urban block. Each phasing of the development can organize the pieces as the puzzle game to generate various urban forms and territorial relations. The cuts resulting from the decomposition of the basic block respond to landscape conditions, so oblique cuts relate to possible views to the countryside. The 7 pieces can be combined in plan or stacked one on top of the other, creating multiple combinations that react to different uses or density.