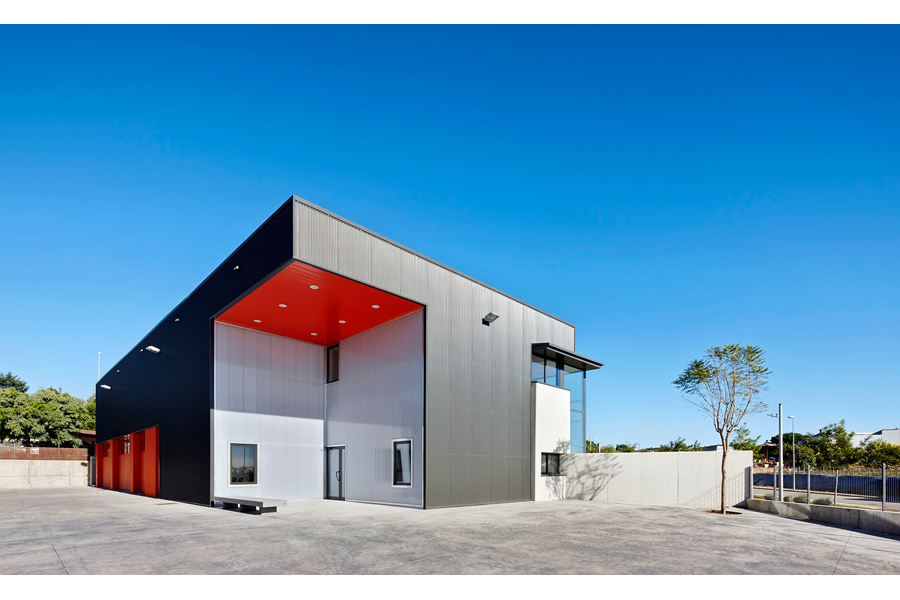 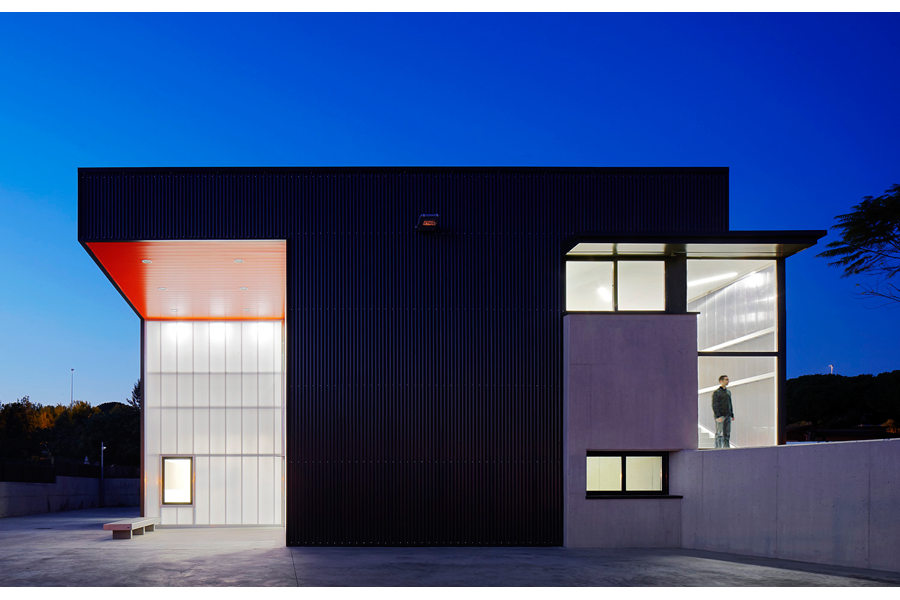 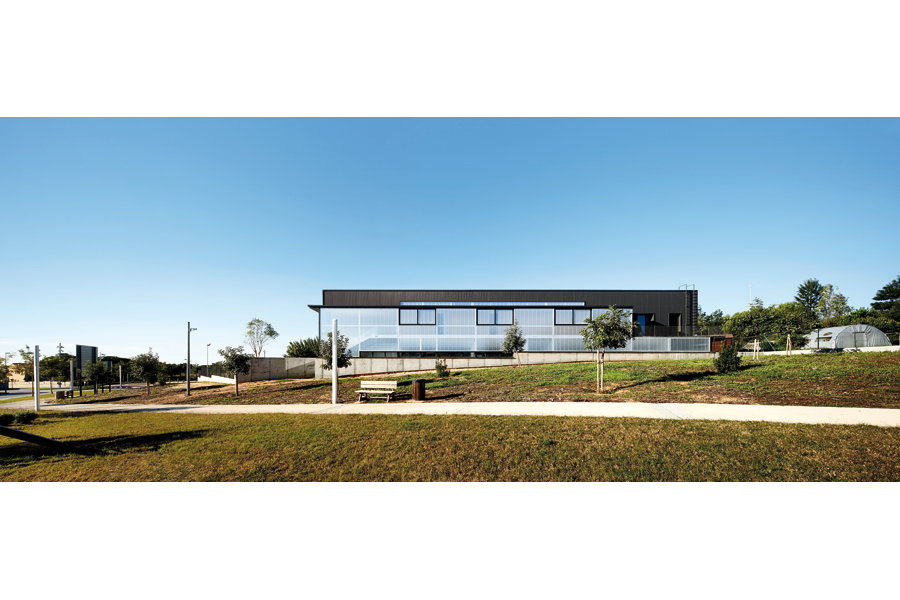 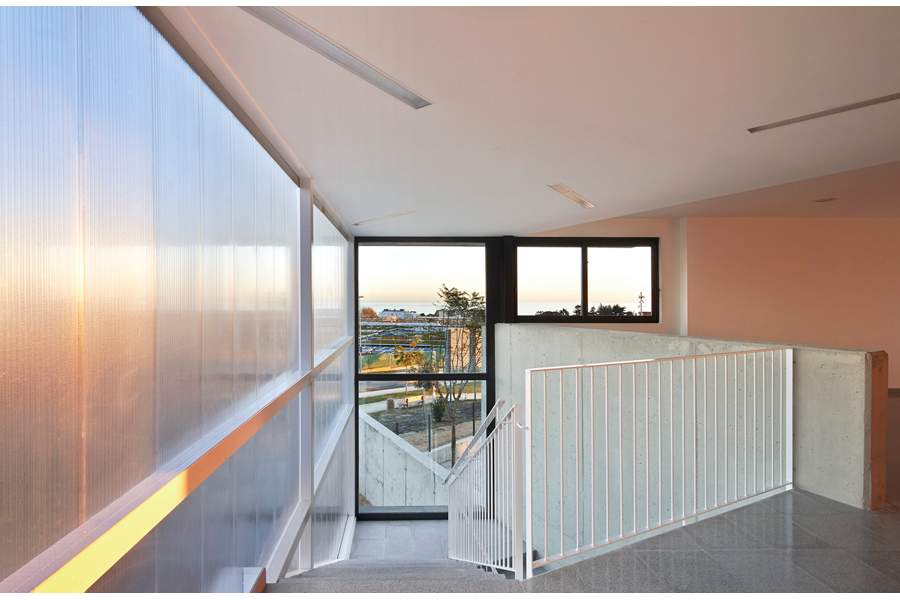 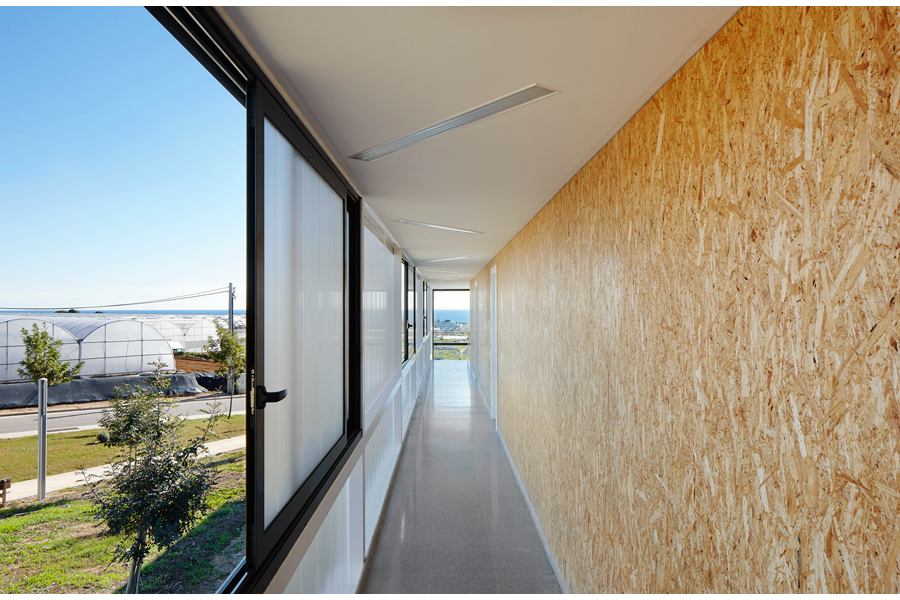 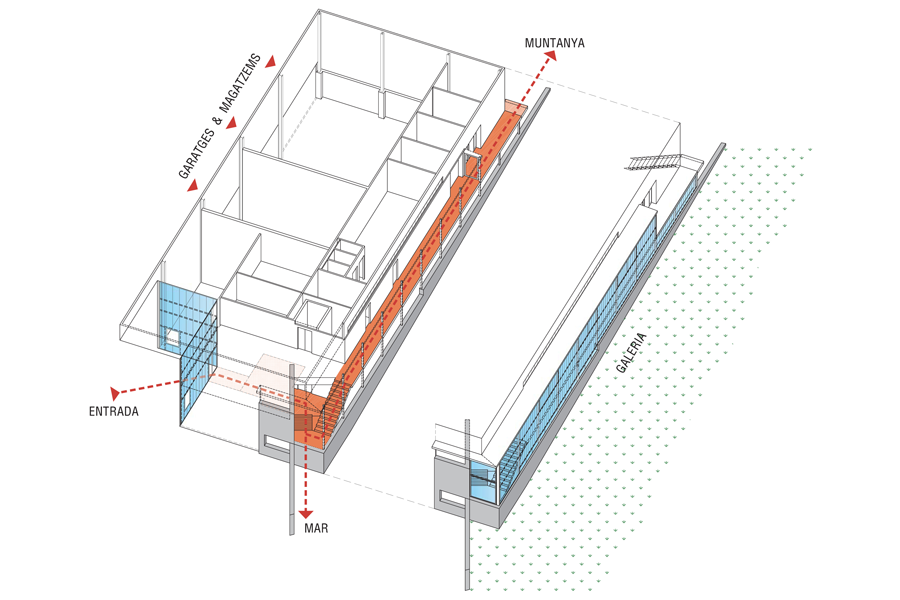 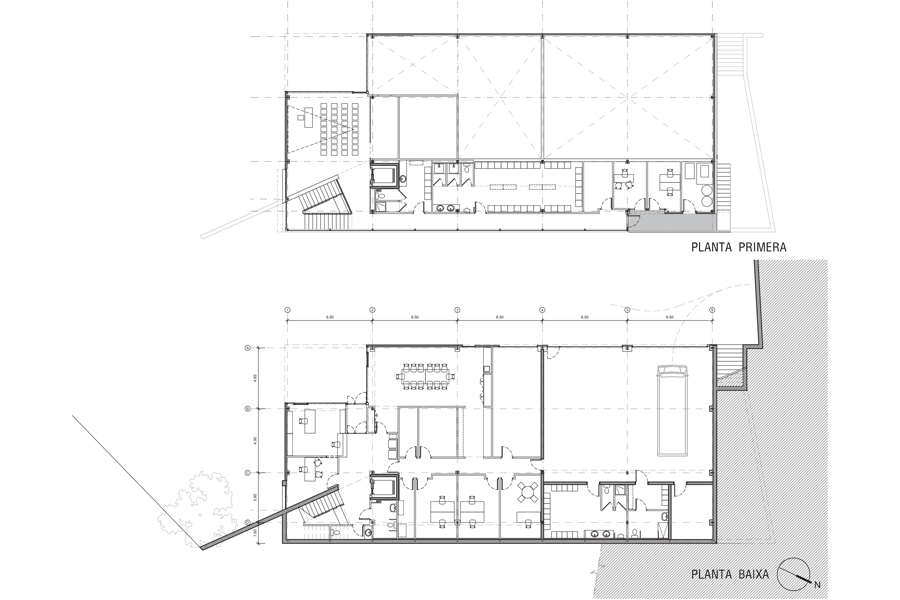 The site is in the new industrial area of the town, contiguous to the freeway of the coast on the north and surrounded by agricultural fields in the rest. The building will be the façade of the new green space tangent to the road that connects with the coastline and, to the rear; it will initiate the sequence of future industrial warehouses of the complex, though with the interruption of an existing country house adjacent to our plot. Hence, the building ought to articulate the complexity of the various landscapes that converge to this point.

For these contextual issues and due to the program itself, the project develops the idea of enclosure as a perimeter that generates form, space and scale. The fence bordering the green area, semitransparent, inflects to become a concrete wall that penetrates into the building. The enclosure has been dislocated and, due to this cut, the only visual relationship between interior and landscape is produced. The perimeter is, now, the building. A 1,2m wide gallery made of translucent polycarbonate is the public façade which dialogues with the existing greenhouses of the area. When the building ceases being the perimeter, the gallery lowers, sets back, and the perimeter becomes invisible from the outside: a containing wall will conclude the enclosure.

In the interior of the site, the building articulates the two exterior zones (arriving and turning area for vehicles; and the access to the workshops zone) with a void in the corner: a high ceiling porch receives the visitors and, at the same time, allows for breathing to the relationship with the so close country house.