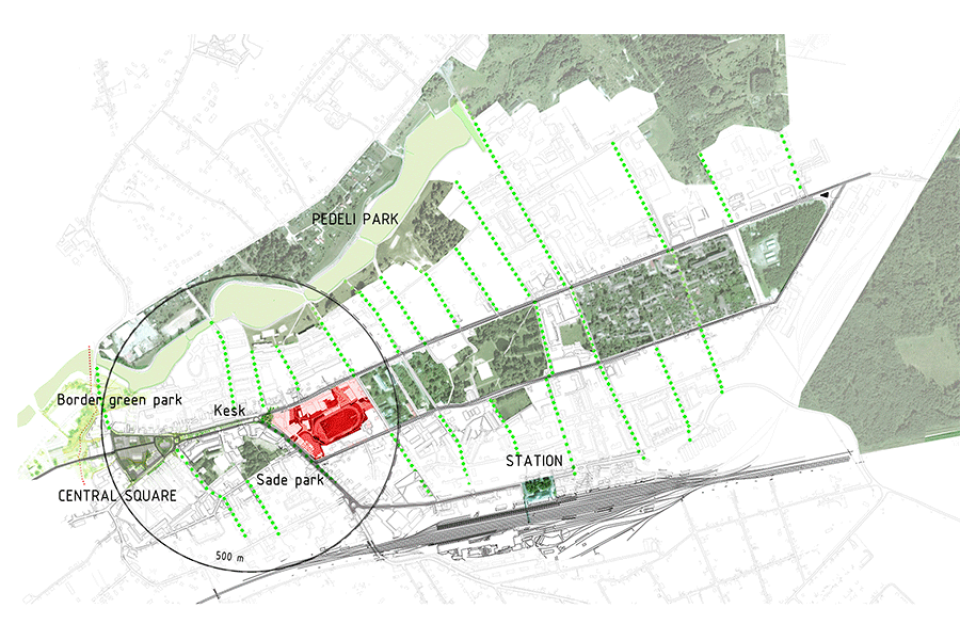 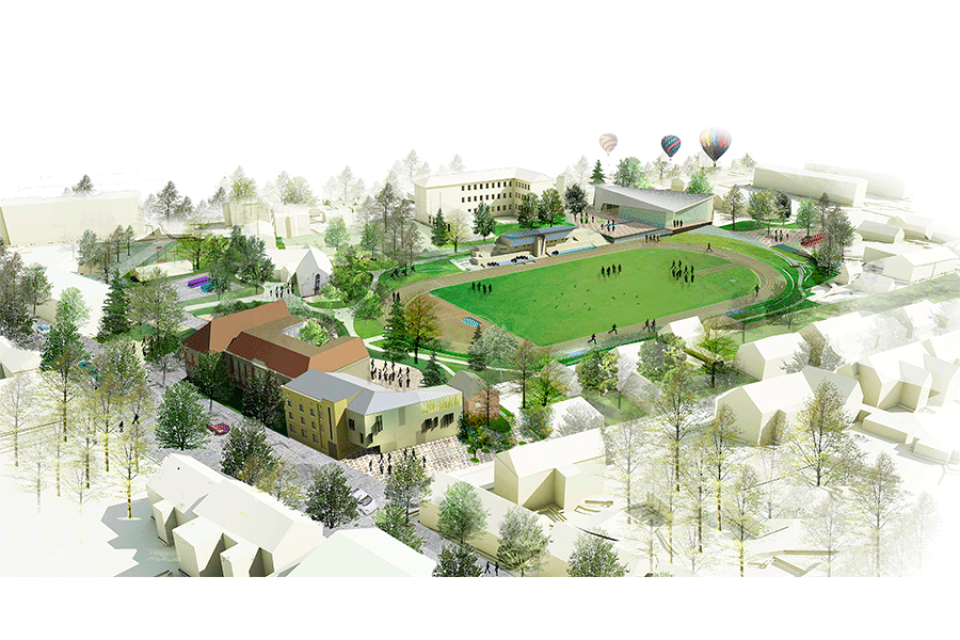 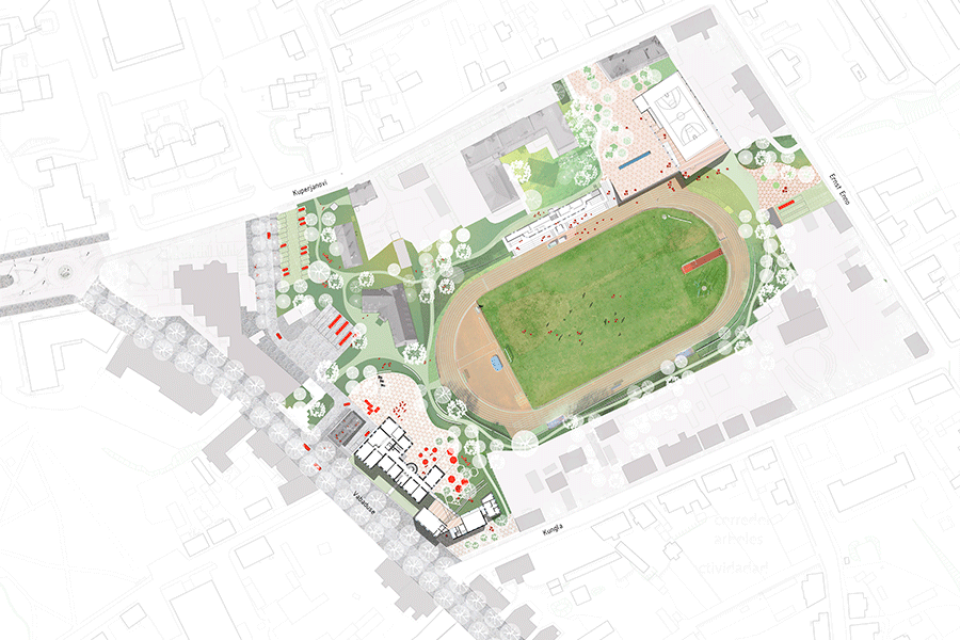 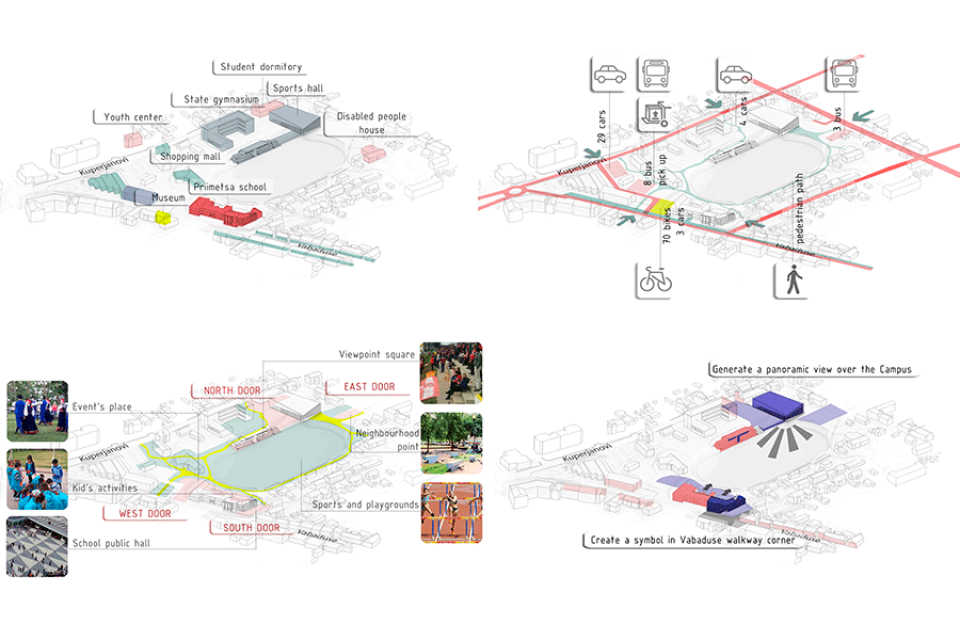 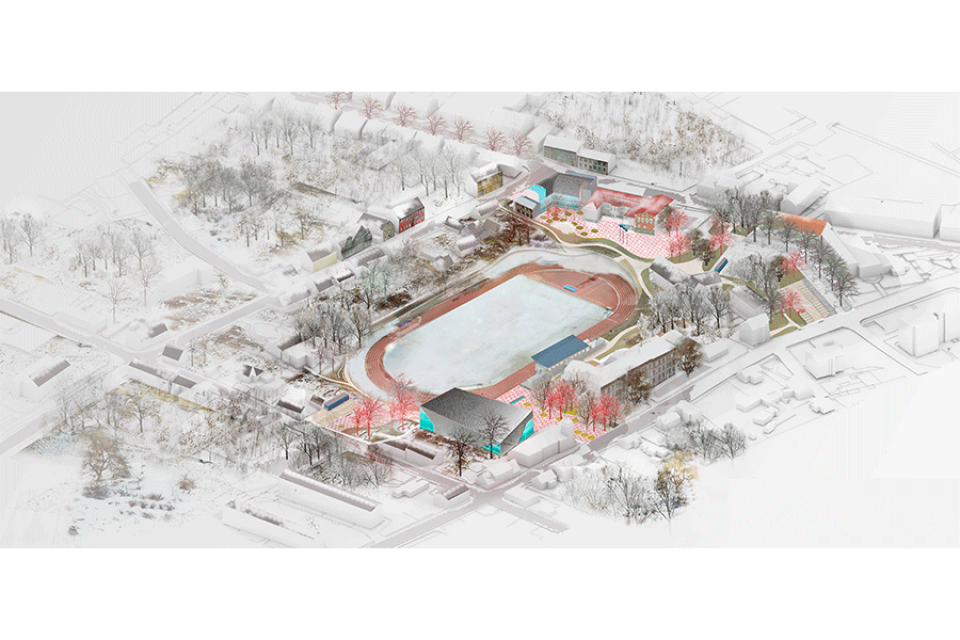 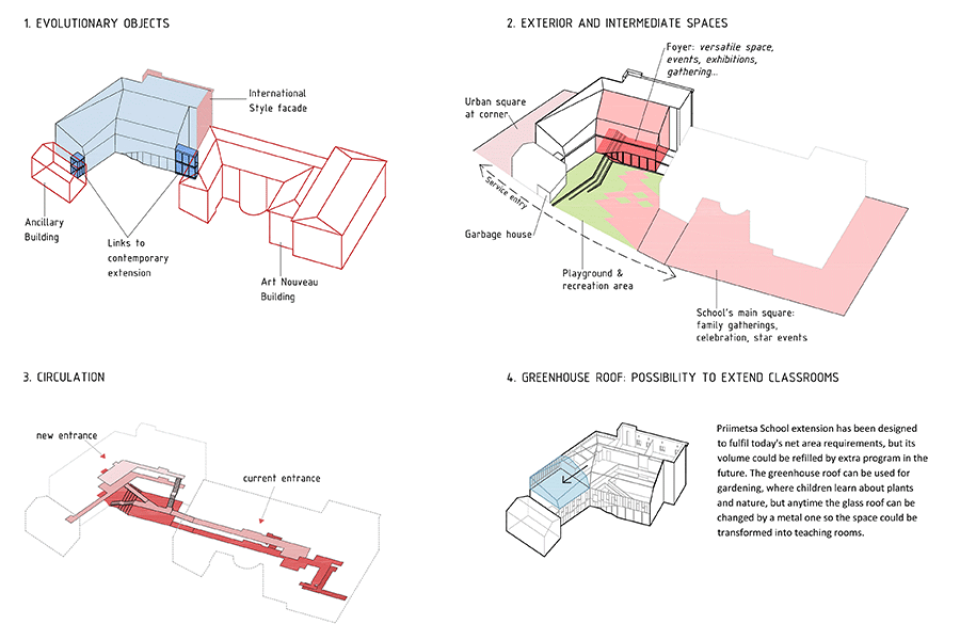 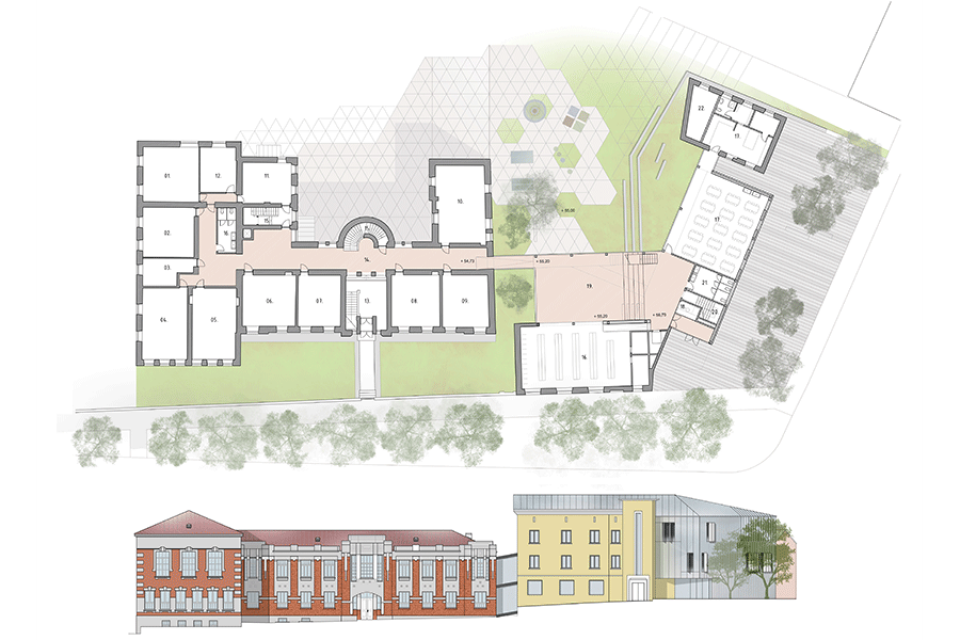 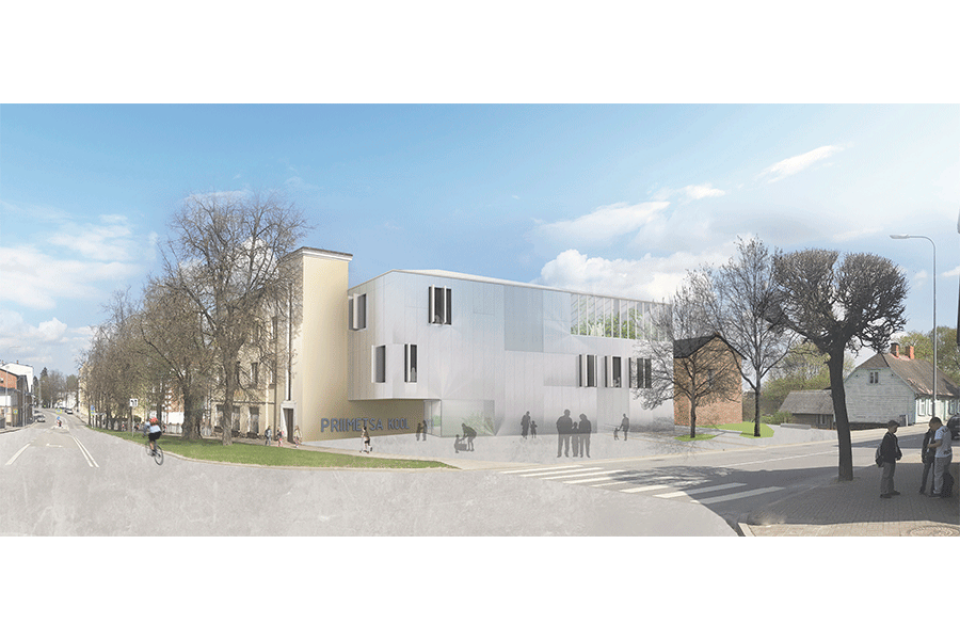 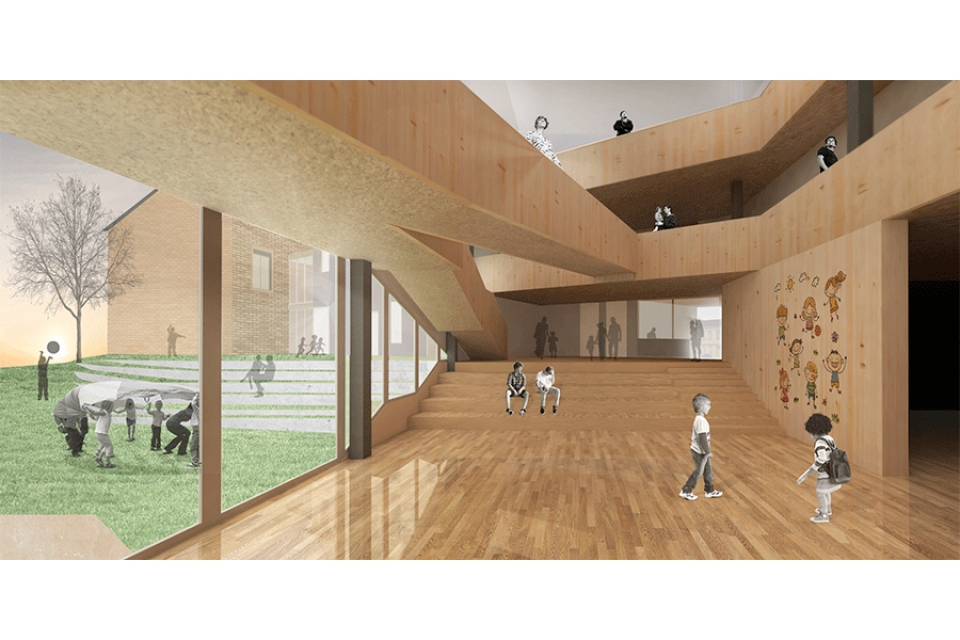 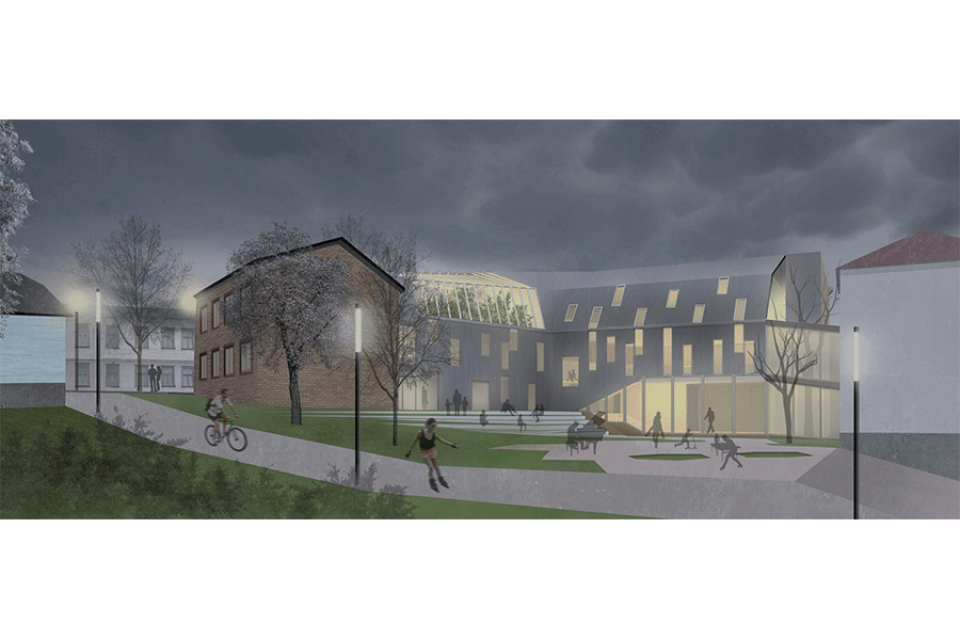 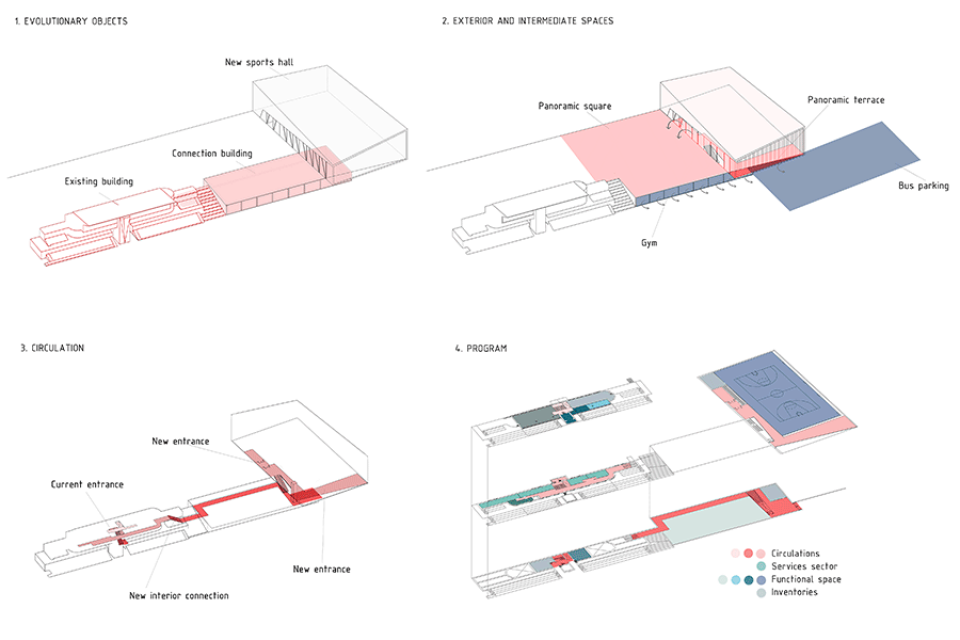 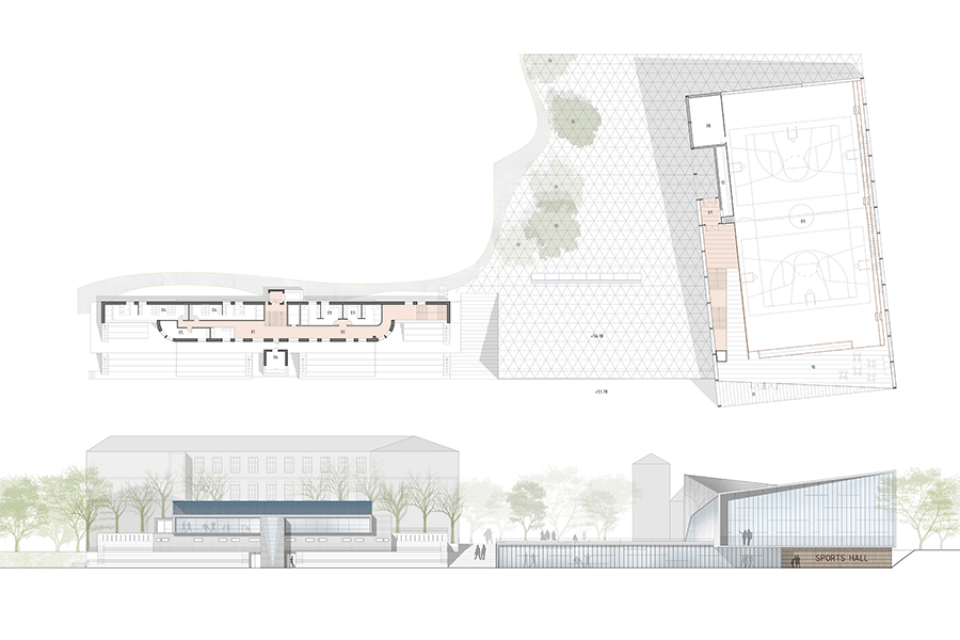 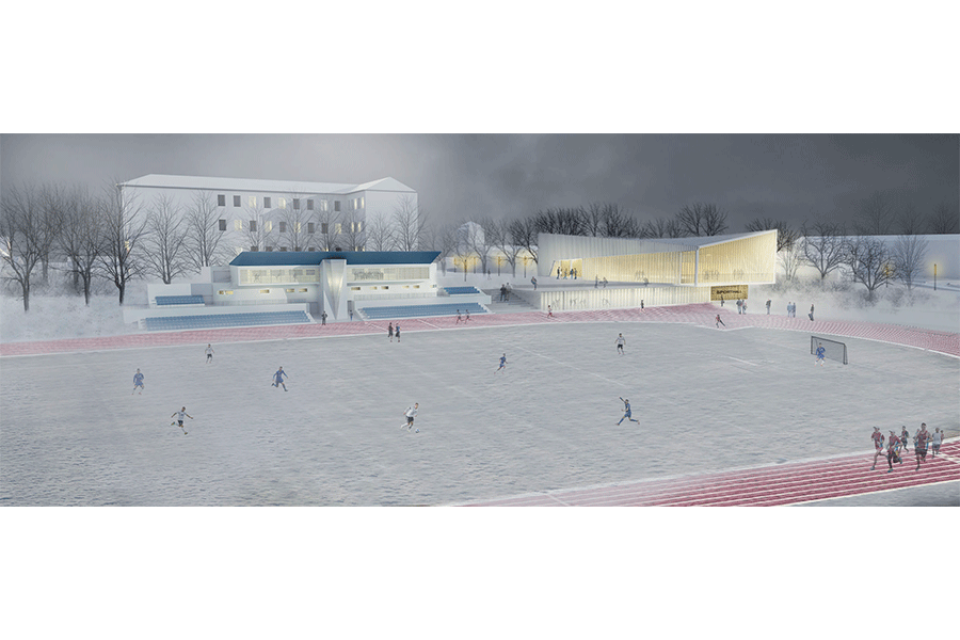 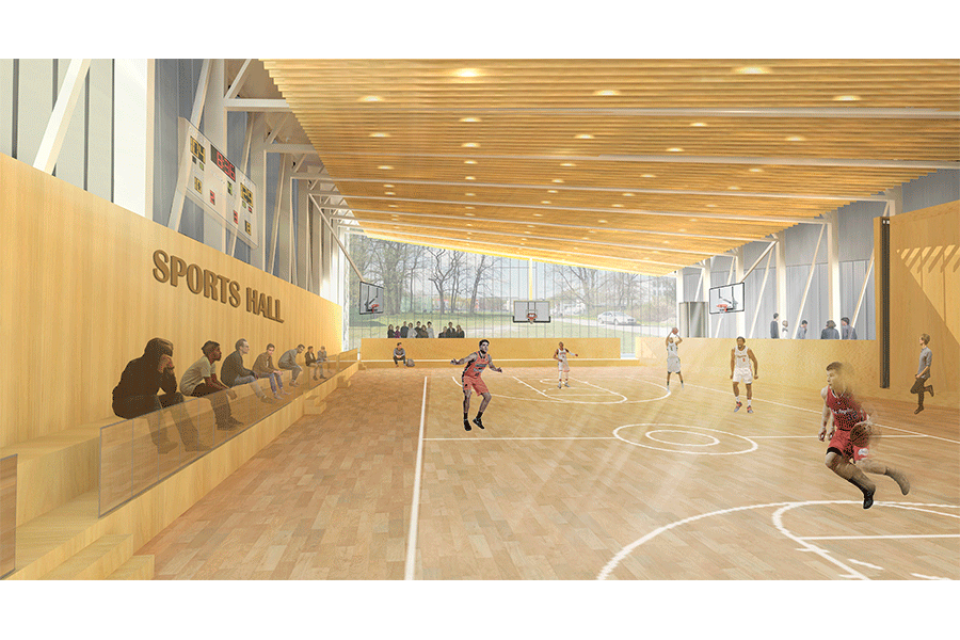 The proposal will strengthen the perception of a new educational and sports campus tangent to one of the main axis (Vabaduse Street) which connects the centre of the town with the remarkable train station.

The project is understood as the evolutionary process of the place to become an education and sports campus. Rather than erasing or modifying the aesthetics of existing constructions, the plan is to build contemporary buildings –light, comfortable and functional- so the juxtaposition of different chronological time edifices becomes a value. The objective is to synchronize all existing and new buildings so they operate together as one campus.

The two new constructions are conceived as lookouts offering views to the sports ground.
As a yin-yang duality, each of the buildings represent opposing forces but complementary at the same time; an in & out gesture from the campus’ centre in order to find its accurate equilibrium as a whole.
Priimetsa extension is resolved through and L shape building that links existing Vabaduse 13 School and Vabaduse 17a outbuilding. The L shape creates a singular urban corner at Vabaduse with Kungla, whereas on the other side, it generates a bowl-shaped playground with views towards the rest of the campus. Circulation spaces and a diaphanous entrance lobby are on this interior side, creating a sequence of viewing platforms overlooking the sports area through the glassed façade.
On the other hand, the Sports Hall is erected as a vantage point over the athletics field. It cantilevers over the field as an attitude to venerate and appreciate in a panoramic view all sport activities happening in the area.
Therefore, the concave balcony created by the school extension responds to its urban condition as a singular corner on one of the main axis of the town, opening up its playground to embrace the introduction of the free space of the campus into it. The Sports hall also becomes a viewing point to the centre of the grounds, though its volume does not relate to any urban street but to the existing buildings and new square which access to the field. The edifice articulates the campus to step forward and create a cantilevered terrace to admire the events.

Also, new buildings and extensions must be adaptable to future conditions. The flexibility of metal structure and the multiple options of cladded facades allow a great variety of solutions using the same system. Again, this light construction system allows new prompt constructions, but also the rapid dismantling of them if needed no more. New buildings should be deconstructed without leaving footprint.