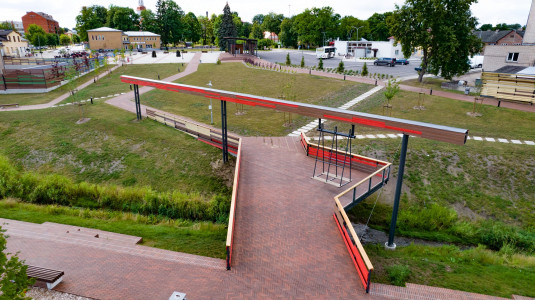 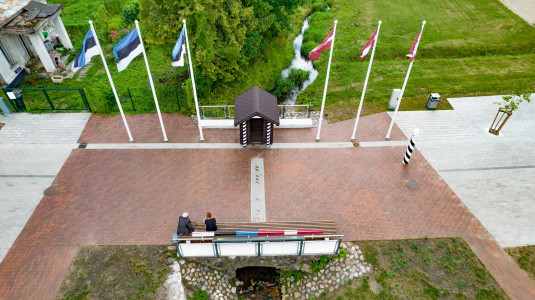 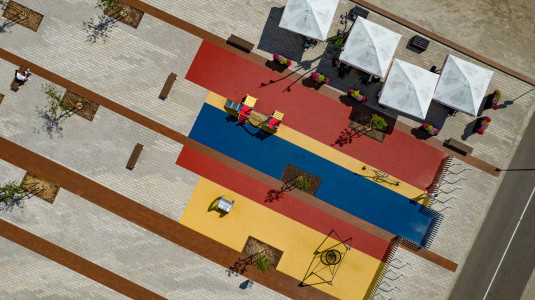 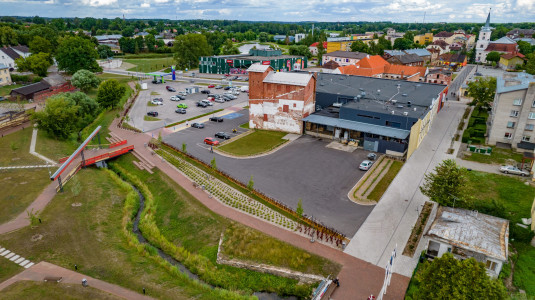 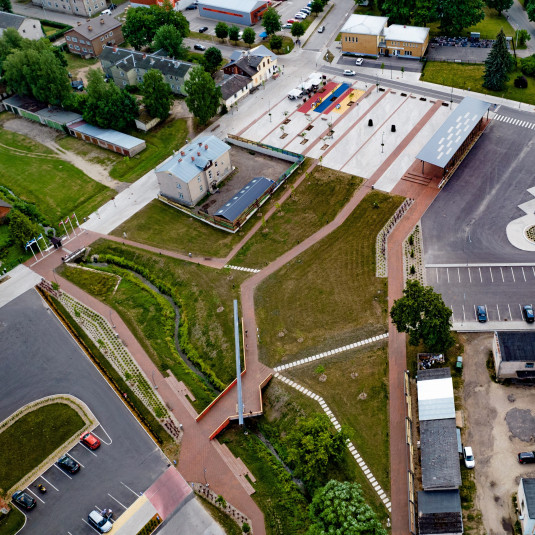 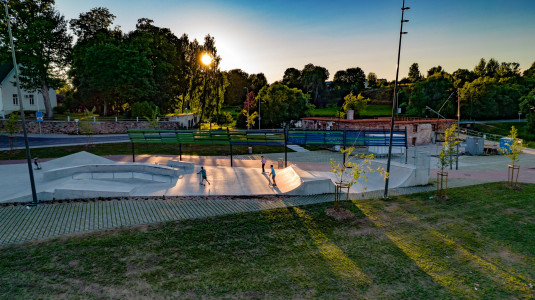 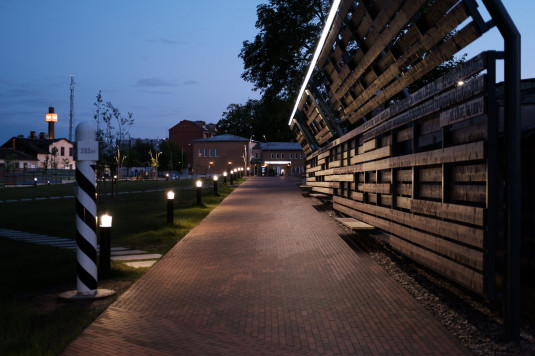 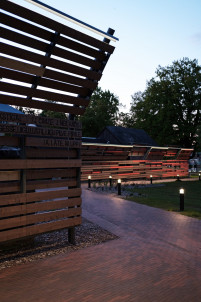 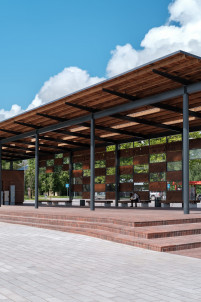 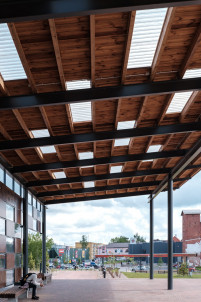 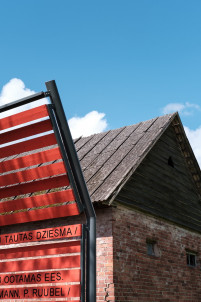 Valga and Valka are few of the divided cities over the world. The former Livonian town WALK was partitioned in 1920 between the newly born Estonian and Latvian states. Even though no separation was regarded during the Soviet Union occupation, in 1990 the borders were restored. It was not until the Schengen Agreement in 2007 that a new opportunity to reconnect both cities was granted. Accordingly, the aim of this project was to transform the national border areas into a unified landscape with common urban elements. Moreover, the considered borderland would become the new centrality for both towns and reinforce their slogan “One city, two states”.

The proposal, entitled “Cross-Border Strands”, envisions a series of connections –strands– that unite both countries with paths that invite citizens to WALK through one town to the other, blurring political limits to associate facilities and leisure areas. The strategy is implemented to organize two key territorial aspects: the urbanity and natural landscape. First, a highlighted pedestrian axis along Raina-Sõpruse streets relates main public spaces and landmarks of both sides, as well as the new square for big events, which at the same time communicates to Valka’s bus terminal. Secondly, the recovering of the creek area as a central Park allows nature to intertwine with the itineraries, connecting the new core of the conurbation to the Pedeli River.

The strands are materialized as brick pathways and organized parallel to the new portico that provides façade to the large plaza. From there, each strand inflects and turns once entering into the landscape. Some pathways create the limits of the green area; other trails become emblematic spots, while some others widen up to embrace sports equipment or to finally connect to existing routes. A central strand relates the Square to the core of the Creek Park, transforming itself into a footbridge which crosses over the border. This bridge becomes a singular place over the national border, where a swing is installed to playfully swing back and forth from one country to the other.

Wood is also present in the proposal to define pergolas, fences and furniture pieces. These are designed to resemble some of Kalevipoeg’s illustrations, the strong giant carrying big planks on his shoulders. The pergolas are tactically placed not only to hide the backside of existing outbuildings, but to generate a rhythmical sense of continuity throughout the park as one linear city garden which extends from the new Square to Pedeli River.